So why are there so many Bicycles in Amsterdam? That´s a good question…

AMSTERDAM. I still can remember the day we spent there as if it was yesterday. I fell in love with it instantaneously. So did my daughter. Hubby not so much, he didn´t like all the cyclists and felt it was wayyy to over crowded. My experience was totally different. For me it bustled with life and I thought that it was simply beautiful! Magical! 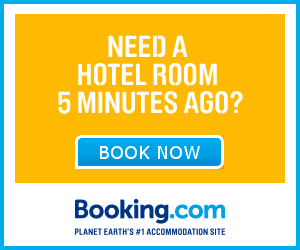 If you´ve ever been to Amsterdam you´ll know that the prevalence of bicycles and cyclists throughout Amsterdam has earned the city the reputation as the cycling capital of the world. The number of bicycles in the city out number cyclists at a rate of 1.3 per cyclist. IMAGINE THAT! Cycling is the preferred mode of transportation among the citizens of Amsterdam, and is a sought after activity of tourists visiting the city (except for my hubby. Ha!).

The densely populated city means you often only have a short distance to work, school or shopping. The flat land and cool climate makes perfect conditions to quickly and comfortably get to your destination with out breaking a sweat (love that!).

Some interesting facts! At the end of World War II, The Netherlands joined the rest of the world´s developed nations in seeking out the privately owned car as its primary means of transportation. The new affordability and subsequent accessibility of the private car set the use of the bicycle on a decline throughout Amsterdam. Throughout the 1970´s, a series of accidents occurred involving Dutch children on bicycles being struck by cars and resulting in their death. The Dutch people protested and demanded reform to protect the cyclists on the road and restrict the dangers posed by cars. These important changes allowed Amsterdam to be the bicycle friendly city it is today.

The city´s infrastructure focuses heavily on providing safe, well maintained bike paths to navigate through out the city. These bike paths are often more direct, quicker, convenient route than the car lanes. Ample bicycle parking is found throughout the city. Roads and parking are designed with accommodating cyclists in mind. Many roads often have restricted access to cars or are one way, and car parking often comes with expensive fees, making the car a more inconvenient mode of transportation.

BTW most of the time when we travel, especially in Europe, we use Booking.com  for our accommodation needs. They have all types, from hotel rooms to apartments. We mostly book apartments when we go for a week or longer otherwise we opt for hotels and we´ve never been disappointed. In Portugal we had an apartment that overlooked a park that was absolutely perfect and a steal of a deal too! The great news is that you can save up to 50% + free cancellation on most rooms this Summer

No booking fees ever!

I need to go into my photo archives and find more photos of our trip to the Netherlands. We visited so many cities. One of the places I remember that I loved, is Gouda, known for the world famous Gouda cheese of course! It´s seriously the cutest town evArrr!

Let me know if you´ve been to Amsterdam, or the Netherlands, and what you liked (or didn´t like) about it… I would love to know!

ps. This post includes an affiliate link and should you click through and make a purchase I will earn a small commission. Thanks for supporting this blog and helping me to keep it going. Your support means the world to me!!